Mind-Machine Interfaces (MMI) have become popular and increasingly accessible in the entertainment industry for gaming (think Throw Trucks With Your Mind) and for other hobbies (imagine controlling a drone’s flight just by thinking about where it should move).

Beyond entertainment, MMI technology has even more potential to change lives by providing vital warning signs to people with epilepsy or to enable communication for people who were previously unable to speak to loved ones.

MMIs are also known as Brain-Computer Interfaces (BCI), and describe a range of devices that form a link between the human brain and an external object. This link makes direct communication between thoughts and physical devices possible.

For people living with epilepsy, a seizure can have serious consequences, ranging from bumps and bruises, to disorientation, weakness and fatigue, to even pneumonia if food or liquids enter the lungs.

Research shows that seizures are often preceded by changes in a person’s brainwaves. By using EEG monitoring for changes in brainwaves, an MMI could determine prior to any physical symptoms that a seizure may occur. With an MMI in place, people with epilepsy could be alerted to an impending seizure, giving them the warning they need to alert a loved one or medical staff, or move to a safe environment, and helping to prevent injury.

ALS, also known as Lou Gehrig’s disease, is a devastating disease which causes the death of the neurons that control muscle function, rendering people unable to move or speak, effectively “locking them in” to their own bodies. This makes living with a disease such as ALS excruciating. Patients with locked-in syndrome do not typically experience a corresponding loss of mental function as their physical condition deteriorates, so they continue to have thoughts, feelings, and the desire to communicate with loved ones and caregivers as before—without the ability to act on them.

MMI devices such as MindScribe, powered by NeuroSky, are aiming to change this and enable communication between the patient and the people who matter most. MMI devices function by reading brainwaves, not physical activity. Relying on EEG sensors, these devices can pick up on a variety of brain activities and mental states, and translate them into commands or display them on a screen without requiring any external movement. This makes them perfect for patients suffering from locked-in syndrome, including people with ALS.

Using these MMI devices, patients are able to share a variety of simple messages, making it possible to tell others they’re too warm, are happy or even let them spell out simple sentences, restoring their ability to communicate and reducing at least some of the strain associated with their illness.

Sign up to be the first to know when MindScribe, the communication system designed for people with locked-in syndrome, launches on IndieGoGo.

For people living with degenerative diseases, restoring the ability to communicate without needing to rely on physical activity can transform their lives, and those of their families. Similarly, for people suffering from epilepsy, knowing when a seizure might occur can reduce some of the stress associated with worrying about when the next seizure might happen, making it possible to enjoy a range of activities without fear.

As EEG sensors become increasingly small, they can be included in a wide range of wearables, making it even more convenient to track changes in the body on the go and integrate seamlessly into every day life.

Discover first hand how MMI powered by NeuroSky’s ThinkGear™ AM EEG sensors can transform the lives of people with your own MindWave™ EEG headset—the most affordable EEG headset on the market today. You’ll also have access to over 100 apps, including a variety to improve health and wellness. Get started now! 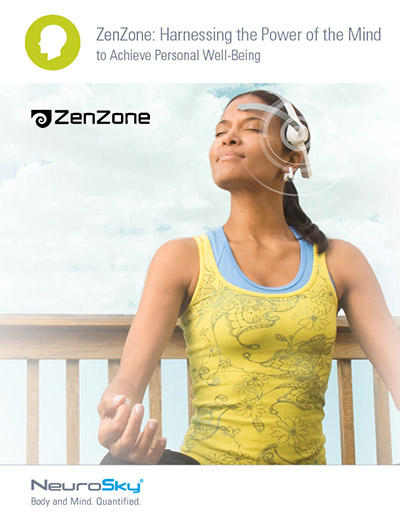